Welcome to the Stellae Omnes collection.

As Winter term wound to a close in April of 1968, a dedicated group of students and faculty breathed a sigh of relief as their year-long effort ended and the first issue of Stellae Omnes went to press.

Lacking the equipment to have students sit for individual portraits and unable to foot the cost for a hardback yearbook, the College had opted instead to create a magazine of 64 pages. Under the direction of student editor Sally Ostertag the magazine staff had been hard at work since September of 1967 attempting to capture the spirit of the fledgling Florida Junior College through spreads highlighting not only the school’s academics, sports, and events but the turbulent times through which the students found themselves living. The result was 2500 copies of Stellae Omnes, distributed free of charge to full time students and at a nominal charge to part time students.

After its initial issue, the magazine became briefly semi-annual, with student editors rotating out each term. The original faculty sponsors – biology professor Iney Johnson and business professor Tom Warren – continued through Winter of 1969, after which the publication reverted to an annual. Warren, a camera bug who also served as one of the primary photographers for Stellae Omnes during his tenure, returned as a sponsor for what seems to have been its final issue at the close of the 1970-1971 academic year.

This collection reflects the known extant issues of this publication. If you have information regarding additional copies of the Stellae Omnes not represented here, or about its publication history, please contact Jennifer Grey at jennifer.grey@fscj.edu. 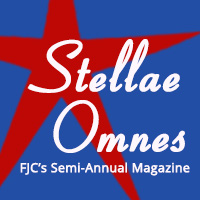